The Farmgate Scandal: Corruption, Anti-corruption, Whatever! 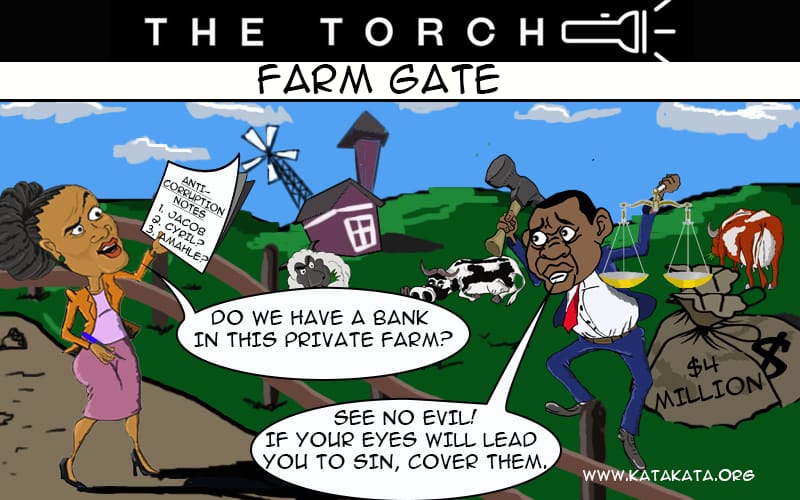 When one talks about corruption in South Africa, the first name that comes to mind is Jacob Zuma, the country's former President. From alleged racketeering, and money laundering to fraud, the 1999 Arms Deal, an R30-billion defence procurement package, the Nkandla residence upgrades, Guptagate, the rape charge, and the HIV myth, President Jacob Zuma has been synonymous with corruption and bombastic scandals. He may well represent what the President should not be.

It was, therefore, not strange that South Africans decided they had had enough of Jacob Zuma's reckless scandals and corruption and decisively elected President Cyril Ramaphosa, who presented himself as the anti-corruption Messiah, to take over the mantel of the country's leadership. The new President promised to deliver on his promise to sanitise the country against corruption. Four years later, many South Africans are beginning to wonder whether they made the right decision, with corruption still the order of the day in the country.

It does not help that some have accused South Africa's anti-corruption chief, Advocate Busisiwe Mkhwebane, who was appointed as the country's corruption watchdog boss in 2016, of political bias and unfit for the job. It has become more worrisome and increasingly difficult for many South Africans to draw a clear line between Ms Mkhwebane's political bias and where the interests of some influential individuals lie.

In 2019 South Africa's highest court ruled that Ms Mkhwebane had acted in bad faith and lied under oath in discharging her duties. It did not help that the courts equally overruled some of Ms Mkhwebane's significant investigations. The judgements effectively dented her office's impartiality and cast doubt on her fitness to perform her duties.

But whatever trust President Ramaphosa may have had in Busisiwe Mkhwebane would end after she started investigating an alleged scandal involving President Ramaphosa's farm. A robbery occurred at the President's private farm, and mouth-watering cash of about $4m (£3.2m) was stolen during the robbery. The farmgate scandal, some would call it.

South Africans had wondered how much cash money in foreign currency was on President Ramaphosa's property.

With the level of corruption in South Africa, perhaps President Cyril Ramaphosa does not trust his country's banks, hence his reason for banking $4m on his private farm. You never know.

Mr Ramaphosa has vehemently denied any corruption allegations and maintained that the missing money was simply from selling the farm's game proceeds.

Many are more worried about the timing of the sacking of anti-corruption chief Advocate Busisiwe Mkhwebane than the dismissal itself.

Call the latest Farmgate scandal or the removal of anti-corruption chief Advocate Busisiwe Mkhwebane corruption or anti-corruption crusade; who cares? The one thing is clear, South Africans desperately deserve better.

Anyone who truly cares about South Africa has a good reason to worry.