Health: Why your body needs a good and adequate sleep 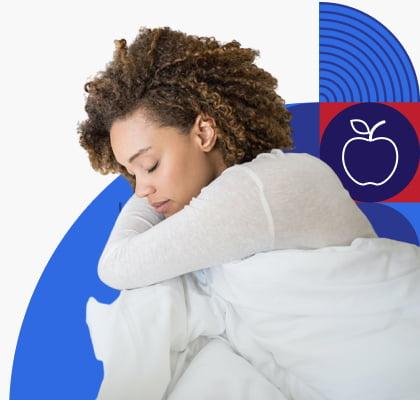 Often we seem to underestimate the importance of sleep in our lives and how deadly a lack of good sleep could be. Yes, deadly because poor sleep affects our health more terribly than we think. Medically speaking, sleep is, in fact, essential to health as much as eating and having regular exercises are. Many research works have shown that many people sleep fewer hours than they should due to work stress and other social challenges. This lack of adequate sleep, although harmless as it might seem, comes with numerous health problems, amongst them are:

Risk of heart disease and stroke

Research has proven that the quality and duration of one’s sleep matter a lot. Poor quality and less sleep could lead to health problems like heart disease and stroke. Health professionals recommend that you have between a 7-8-hour of sleep every day to avoid the risk of heart disease. Of course, taking a siesta is good; however, it is equally healthier to sleep 7-8 hours at night rather than in the daytime and stay awake at night. Your body and mind get used to a night’s sleep.

Sleep goes hand in hand with your brain functions. Lack of good sleep affects your brain productivity and performance; it equally influences your cognition and concentration. Medical research has proved that sleep deprivation can significantly impact your brain as much as alcohol intoxication. On the other hand, a night of good sleep can improve concentration, memory, and problem-solving skills.

Poor sleep can lead to weight gain; hence people who sleep less or poorly often become fat. Of course, being fat comes with other health problems like diabetes, heart problems, stroke, obesity, etc. In other words, good sleep, amongst others, is crucial if you want to lose weight.

Most people who committed or are about to commit suicide often have a history of depression. Patients with sleeping disorders like obstructive sleep apnea or insomnia are more likely to commit suicide than those without sleep disorders.

As said earlier, poor sleep could lead to weight gain and obesity. While often, people gain weight due to too much food and unhealthy eating habit, poor sleep can cause an increase in appetite, which could lead logically to eating more calories. The weight increase is because lack or insufficient sleep affects the daily fluctuations in appetite hormones like ghrelin, which stimulates appetite and reduces the level of Leptin hormone, which suppresses appetite. The result is that with adequate sleep, you tend to eat fewer calories than when you have a poor sleep.

Recent studies have indicated that many people sleep less than before. Industrialisation, globalisation and other economic factors play a significant role in the result of the studies. Having less sleep could lead to depression, bad mood, headaches and other health challenges. Doctors have discovered that lack of sleep or poor sleep could lead to depression. Research has equally pointed out that a more significant percentage of people who are depressed equally complained about poor sleep or sleeping disorders.

Has it ever occurred to you why health experts advise athletes to have enough sleep? The advice is not for nothing because poor sleep can affect one’s athletic performance. Whether in football, basketball, cycling, or running, good sleep is necessary to improve physical and mental functionality like speed, reaction, mental judgment, accuracy, etc. On the other hand, lack of sleep causes weakness, inaccuracy, and functional limitation.

Poor sleep can affect one’s mood. More often than none, those who have a poor sleep are more likely to get angry quickly. On the other hand, good sleep improves mood and mental relaxation.

Have you asked yourself why you often get sick after insufficient or less sleep? The answer is simple: every amount of poor sleep can negatively affect your immune system and functionality. Think of flu, headache, pain, etc. Studies have repeatedly shown that those who sleep fewer hours a day are more likely to develop sicknesses such as the common cold or flu.

Apart from causing poor mood and depression, poor sleep can impend your social interaction due to its effects on one’s emotional state. More than that, poor sleep can cause an inability for one to recognise social cues and dynamic information such as expressions of happiness and anger.

Poor sleep affects blood sugar and causes a reduction in insulin sensitivity. Medical research has shown that deprivation or restriction of sleep up to four hours per night for six nights in a row could result in prediabetes caused symptoms. Interestingly, according to research, these symptoms disappear one week after the end of the experiment. Those who sleep less than 7-8 hours a day are more likely to develop type 2 diabetes.

We should never take our sleep for granted. The earlier we pay more attention to our sleep and have adequate quality sleep, the healthier we keep our lives. Having enough sleep, free from nature, save us thousands of money spent on medical bills due to the adverse effects of poor sleep on our health. Do yourself a favour and never joke with your rest.