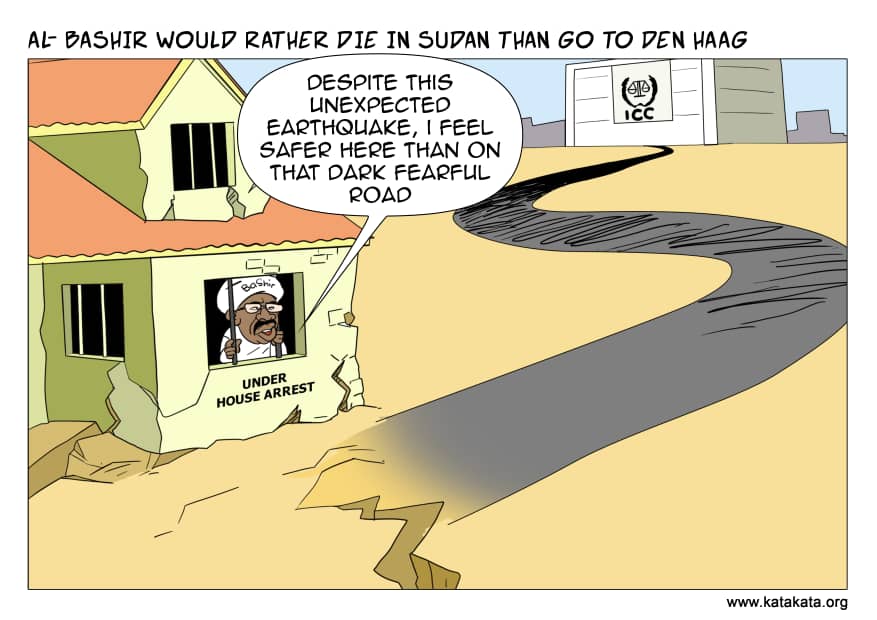 On Tuesday, Sudanese officials have thwarted a military coup d’etat attempt by alleged supporters of former Sudan’s president Omar Bashir. According to three senior government and military sources. A senior government source revealed that about 40 officers close to the former president had been arrested while attempting to control the military general command and the state broadcaster’s television buildings. The government of Sudan has deployed a heavy military presence across the capital Khartoum to deter any form of insecurity and lawlessness following the coup attempt. Hamza Bloul, the Sudanese Minister of information and media and government spokesman, assured the public that the situation in the country is “completely under control.” “There has been a failed coup attempt by military officers remnants of the former regime, we are confirming as the transitional council that we are coordinating fully and we are comforting the Sudanese people that the situation is completely under control,” Hamza Bloul said. He asked the citizens to be cautious and vigilant against alleged attempts by individuals to defeat “the honourable December Revolution.” Omar Bashir ruled Sudan for almost 30 years with an iron fist until he was overthrown in a military coup in April 2019 following a long civil uprising. He was kept under house arrest and sentenced in December 2019 to two years in a correctional facility after being convicted of corruption and illegal possession of foreign currency. That short jail sentence has been widely criticised both at home and abroad, as such a mild penalty sets the wrong precedence and encourages other dictators to act with impunity. Following the conflict in Darfur, Sudan, the International Criminal Court (ICC) declared Omar Bashir wanted for crimes against humanity, war crimes and genocide allegedly committed in Darfur. For years, former president Omar Bashir had resisted arrest until the new transitional government took over from Sudan and showed their willingness to hand over the former leader to the ICC. The recent coup attempt by alleged Omar Bashir’s supporters is not unconnected with efforts by the former leader to resist any attempt to hand him over to the ICC. Sadly, the latest political climate in Africa is hardly encouraging. Decades of the gained democratisation process in Africa is quickly reversed to military authoritarianism, making coups more or less the norm. Over a year, Africa has experienced three successful coups – Mali (twice) and Guinea, one unsuccessful coup d’etat in Niger. We also witnessed an illegal military transfer of power in Chad following the assassination of former president Idriss Deby. As usual, the coup plotters cited corruption and mismanagement as the reasons behind the coup, but they have failed to find any tangible solution to the same problems they came to solve. It is hard to deny the rampant corruption in many African countries. Government treasury has been turned into personal treasure, leaving citizens exposed to all kinds of precarious situations. Lack of basic social amenities like education, housing, health, sanitation has become a mirage in many African countries. Youth unemployment has become a timebomb despite Africa having one of the youngest workforces globally, a potential productive force. A typical case in Nigeria, where one out of every three citizens is believed to be jobless. Yet, Nigeria has the largest economy in Africa. Isn’t it a reason to worry? Definitely yes. Judging from the dire situation in many African countries, predicting violent unrest or upraise on the continent is not wrong if the ugly social injustice and corruption continue. Soon the youths might demand accountability. The question is: Are these social challenges and corruption enough reason to herald a military takeover? In as much as many have condemned coup attempts, which drawback the democratic gains in Africa, fed-up Africans are increasingly worried that their elected politician can hardly lead them to the promised land. They have lost trust in their political leaders. Apart from corruption, it has become the norm amongst African leaders to change the constitution to stay in power indefinitely. We have seen such undemocratic act in Guinee and Côte d’Ivoire, amongst others. Such an illegal move gives the khaki boys a justification for a coup attempt. But altering the law hardly provides credible support for any military takeover. As is always the case, the African Union condemns any form of a coup attempt on the continent, but that condemnation is hardly backed up with strong, decisive and consistent action to deter other coup mongers. With such double standards and weak action on the African Union, one should expect more coups in Africa – especially in those countries with soft democratic tentacles – in the coming years. It is sad to say, but one can hardly ignore the reality. Furthermore, it will not be a surprise to expect frequent internal uprisings on the continent. Such violence could likely lead to more instability and unpredictability in many countries in Africa – the harbinger for economic malaise. The stake is high. Of course, Africa can reverse the new era of the coup, but the African Union must do much more to hold African leaders accountable for their actions. Condemnation alone is not enough; decisive actions are needed. On the other hand, African leaders must live beyond making empty promises. They must back up those promises with efforts to gain the trust of their citizens. The citizens equally have a role to play; they must hold their leaders accountable and stop selling their future during elections by voting for and recycling the corrupt leaders who have failed to deliver. Unless the African Union, citizens and leaders take their duties and responsibilities seriously, they will continue to create an attractive ground for the military to take over. Such coup attempts hardly take Africa forward; they erase the democratic gains on the continent.