Kenya: The Other Side of the High Court’s Verdict 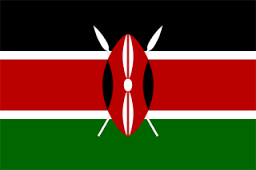 It came perhaps unexpectedly to President Uhuru Kenyatta and many Kenyans – positively or otherwise. Call it an explosive verdict. An audacious slap on the face of the President, you may say, but wait for a second; that may be a speculative conclusion to make. Yes, Kenya’s High Court had boldly dismissed the government-sponsored constitutional amendment bill, the Building Bridges Initiative (BBI), which would have expanded the executive and Parliament, and labelled it illegal and unconstitutional. That is not all. The court reprimanded President Uhuru’s move as a violation of the constitution and insisted that the decision to amend the law ought to have been made by the ordinary citizen. The court’s verdict sets a legal ground that could lead to the impeachment of the President. However, many political experts doubt the impeachment possibility, knowing that the Parliament had already passed the bill. The court ruling was arguably the boldest and most significant in Kenya since 2017 when the court nullified President Uhuru Kenyatta’s election victory. But the verdict has other significance. It shows the degree of political maturity and separation of power in Kenya. Although the judgement is a substantial political loss for President Kenyatta, we must applaud him for respecting the ruling and the separation of power in Kenya. Likewise, we must praise Kenyans, who were anti the BBI bill yet showed enough confidence in their country’s judiciary. Perhaps, we might need to look around other African countries and ask ourselves the following questions: How many African heads of State would restrain themselves in the face of the verdict, respect the judiciary, and allow the separation of power to take its course, despite the intoxicating power of incumbency on their sides? Wouldn’t many African leaders instead choose to show how powerful they are by “dealing” with the judges for such a verdict? Take a closer look at other African countries and be proud of Kenya. That all parties in Kenya accepted the court’s ruling shows the maturity of the country’s political arena, something both the President and ordinary Kenyans should be proud of. The electorate elects leaders; it is the duty of the elected leaders to consult with those who elected them to enact laws that favour them. On the other hand, it is the duty of the three arms of the government, the Legislature, the Executive and the Judiciary, to act as checks and balances of each other, to avoid abuse of power. Recent Kenya’s High Court verdict might look like a blow to President Uhuru Kenyatta, but it demonstrates that the rule of law is very much alive in Kenya. That ruling shows the highest degree of political maturity and the separation of power, which every Kenyan – and for that matter, African – must be proud of, including the President.