Africa: Medicine and Praises after Death 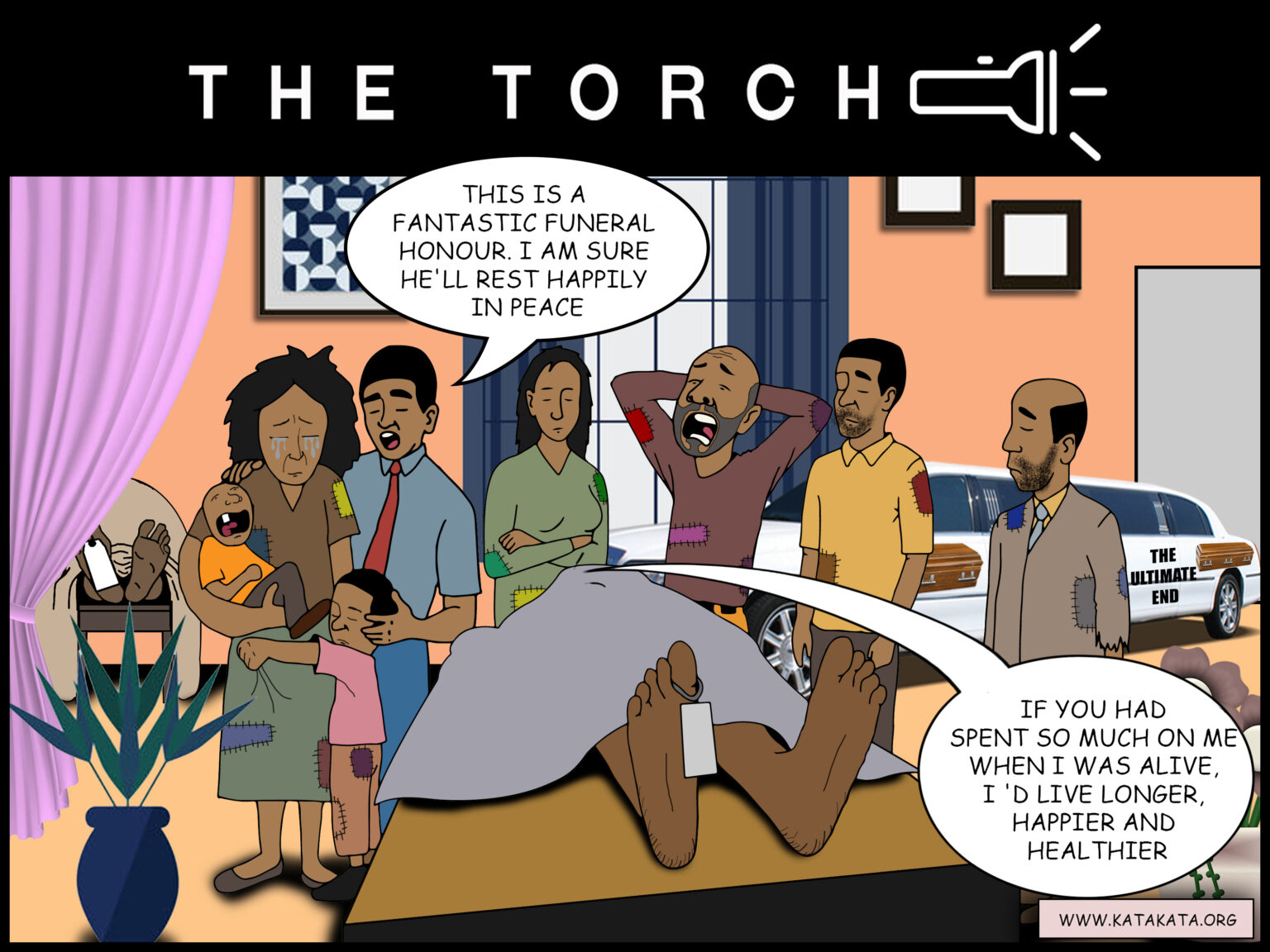 Recently the President of Nigeria, President Muhammadu Buhari, expressed his sadness at the deaths of an army general and soldiers killed by Islamic terrorists and paid tribute to them. Such a reaction paints a typical reprehensive picture of misplaced priority common in many African countries, where praises and lamentations take over common sense and urgency in tackling everyday problems. Brigadier General Dzarma Zirkusu and three other soldiers were killed in an ambush by the West African branch of the Islamic State, known as ISWAP. The soldiers gave their lives to protect their fellow Nigerians from terrorism. What has the government done to ensure the safety of those brave military personnel and to defeat terrorists? Too little, too late. That is the African way of solving problems. Such a lukewarm attitude towards problems in Africa clearly explains why the continent can hardly come out of its social abysmal and abhorrent dungeon if it continues to take medicine after death and praise the victims of the avoidable end. We aberrantly regret the aftermath rather than confront horrendous ills and mayhem head-on to prevent them from becoming social cankerworms that would spread to the rest of the body and lead to deaths and destructions. For years, Nigeria, and specifically, the country’s North East, has been engulfed in violence and become a theatre of deadly terrorism perpetrated by Islamic terror group Boko Haram. Sadly, the Nigerian government has effectively turned a blind eye to the harmful situation instead of channelling its resources and power to nip the terrorist activities in the bud. Corruption, negligence, betrayal, religious loyalty, sympathy all played in the hands of the terrorists, giving them the opportunity, green light and guts to have a field day. The slothful, lethargic and loquacious attitude of the Nigerian government encouraged other terrorist groups like the Islamic State (IS) to join their brothers in Nigeria to turn the country into a butcher-zone. Today, Nigeria, a once-peaceful country, has become home to one of the world’s deadliest terrorist threats. Despite a general decline in terror-related deaths globally, the West African nation recently had the world’s second-highest number of people killed in terrorist attacks after Afghanistan. Other terrorist groups like Fulani extremists, herders and other lawless anarchists have orchestrated terror attacks and all forms of violence, leading to deadly outcomes and escalating conflicts with farmers and ethnic groups. Despite all these worrisome situations, the authorities in Nigeria seem to prefer a sugar-coated approach. They have displayed an apparent inability to tackle – and some would say, seemingly willingness – to accommodate the terrorists rather than eliminating them and the threats they pose. That docility amounts to turning blind eyes to the danger and postponing confronting the evil day. It does not help that the Buhari-led government is offering juicy incentives like amnesty for “repentant” terrorists and intergrading them into the country’s military. Many intelligence analysts and political gurus have questioned the rationale behind such a risk-full and challenging decision. Was such a policy taken based on security and political considerations, or was it out of a selfish and divisive agenda? If Nigerians – and any right-thinking patriotic mind – would draw a lesson from the Afghanistan situation, they would know that the recent unexpected Taliban takeover of power in the country has more to do with the ability of the terror group to infiltrate the government military and intelligence agencies than the mere military prowess of Taliban fighters. The decision of the Afghan government to absolve “repentant” Taliban fighters into the federal army helped the terrorists penetrate the government military and intelligence agencies; that weakened the military operations against the Taliban and ultimately led to a decisive military defeat of the government forces. Unfortunately, Nigeria has not learned from the Afghanistan saga. Making a mistake is inevitable, but repeating the same mistakes is unacceptable. We refuse to take the right decision only to turn back and lament or praise the death. Call it medicine after death. When we live our lives without well structured, clear vision and clearly defined priorities, we are prone to die before our actual natural end. Living with a misaligned set of preferences is disastrous, even more so than death from natural causes. Of course, we can only discuss and tackle “misplaced priorities” if we first understand what those priorities are. We must define our goals and set our preferences if we want to make a tangible achievement. One cannot underestimate the importance of making the right decisions and taking the proper urgent steps at the government level. Every minor decision leaders make influences the lives of millions of their subjects; bad decisions or policies by the government can effectively destroy the lives and future of their subjects and their unborn generations. Other social ills such as violence, insecurity, and unnecessary polarization among citizens are repercussions of wrong policies and bad governance. In some cases, these harmful policies and negligence can lead to ethnic cleansing or even genocide. That is not far from the picture we see in Nigeria today. In the case of Nigeria, while Islamists have been busy waging a devastating insurgency in the country’s North East for more than a decade, the government of Nigeria is not doing enough to eradicate and cripple the military might and thwart the terror attacks of the terrorists. Deadly violence, killings, and other lawless activities rapidly spread in other parts, including the South East. Result: Thousands of innocent lives are lost, millions are displaced, economic, political and social lives, employment, foreign investments have all come to a standstill. Terror, lawlessness and anarchy have murdered peace in Nigeria. Rather than tackling the violence, Nigerians have been forced to accept the new vicious circle of violence as a norm. President Muhammadu Buhari has expressed his sadness at the deaths of an army general and soldiers killed by Islamic terrorists and paid tribute to them; when will the world pay tribute to Nigerian authorities for defeating the terrorists in that country?