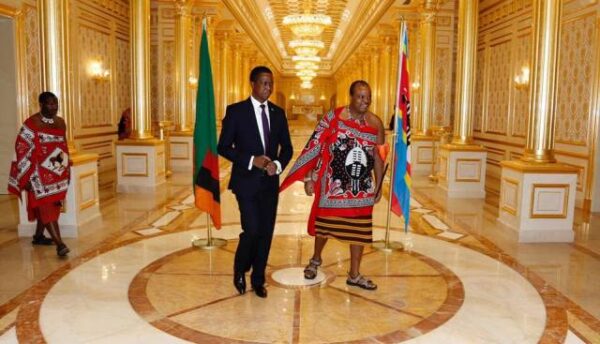 Generally, mules tend to be obedient and easy to control and keep. Even though they eat less grain than a horse, mules are so strong that they can carry more weight than a horse. Their ability to endure and tolerate difficult conditions, including stress and heat, makes mules a preferred choice to a horse amongst lords and animals owners. However, despite their obedience, strength, tolerance and submissiveness, mules can bite when they face danger or provocation. How does the mule-master relationship capture the latest situation in Eswatini? A lot. Since June, Eswatini (formerly known as Swaziland), a small landlocked state with a 1.3 million population, has been rocked by rare pro-democracy protests by civil servants, students, health care workers and transport workers. As usual, King Mswati III, last Africa’s absolute monarch, responded to the civil disobedience by deploying police and army to crush the protesters. At least two people were killed and 80 injured on Wednesday, as demonstrators battled with security forces, bringing the death toll since the protest started, to around 80, according to a citizens’ group, the Leftu Sonkhe Institute of Strategic Thinking and Development. Police have, however, disputed the figure, which they claimed to be 37. Irrespective of the death rate, Eswatini has become a battleground for the soul of democracy. Never underestimate the power and reaction of mules. The people of Eswatini have endured all kinds of inhumane conditions and treatments, including excessive control and intimidation in the hands of their lord. Now the subjects seemed to have had enough. Their attempt to forcefully change their miserable and precarious situation has left the lord visibly rattled. Shaken by the protracted violent protest, King Mswati III called on Saturday for calm and announced the launch of a national dialogue to find a solution to the rally. His announcement came after a meeting with mediators from southern Africa. During the two-day consultation with the 16-nation Southern African Development Community (SADC) mediators, which started on Thursday, the mediators dialogued with the King, the government and civil society groups. “King Mswati III has announced that a process of national dialogue (…) will be initiated”, according to the King’s leading representative, Themba Ginindza, who quoted on the government’s Twitter account. In a reconciliatory tone, he intimated that the King wants “an end to all violence, as no dialogue can take place when tempers are so high,” and expressed King Mswati’s condolence on the lives lost during the riots. “His Majesty has instructed us to extend our sincere condolences to all those who lost loved ones during the unrest.” What appeasement from a well-known autocratic King who preferred to meet any opposition to his rule with repressive confrontation! Reconciliatory that might sound, but the Liswati seem to have had enough of their King’s high-handedness, intimidations, alleged insensitivity, ostentatious and lavish lifestyle in the face of poverty of the subjects. Hence the opposition and civil society have rejected any olive leaf from the King, whom they accused of having blood in his hand, following the deaths of pro-democracy demonstrators and other previous brutal crackdowns against the citizens. They called the King’s latest peace initiative “a ploy to mislead” the mediators, as they voiced their frustrations, lack of trust and loss of hopes in King Mswati III. Crowned in 1986, 53-year-old King Mswati III, who studied at Sherborne School in Dorset, England, has 15 wives and more than 32 children. The question is not whether the King is allergic to women and luxurious life. Instead, the right question would be whether his love for his wives and extravagant life come before the welfare of his suffering subjects. King Mswati III has shown little care for the interest of his subject, and his iron-fist rule and extremely lavish lifestyle have contributed immensely to the poverty, which has crippled more than two-thirds of his country’s population. With almost 70 per cent of the 1.3 million population living on less than $1 a day, only 40 per cent of the population unemployed and the average life expectancy at 33 years, one of the lowest in the world, King Mswati III has proved himself a reminiscent of an insensitive ruler. It is not only alleged that each of his 15 wives has her magnificent palace, but the King also owes a private jet, Rolls Royce, fleets of German-made expensive cars such as Mercedes and BMW cars, and enjoys first-class leisure trips around the world. In 2016 King Mswati III allegedly spent nearly 16 million Rand (approximately £850,000) to send his wives and other cronies of more than 100 people on holiday to Florida, USA. The holiday was to take place when the kingdom declared a state of emergency and appealed for international financial support due to drought, which devasted the country. Despite protests against such a reckless waste, the King refused to budge and went ahead with the vacation, insisting that it had been planned. King Mswati III, sub-Saharan Africa’s last absolute monarch, seems to be the last person in Swaziland to fully grasp the precarious situation of an average Swazi, who is struggling daily to make ends meet. Ironically, instead, the annual allowance of the King was increased from $24 million to $30 million in 2011. For years, like mules, the Liswati have patiently endured the hardship, suffering and miserable condition under their iron-fist King, who seems insensitive of their plight. But the Liswati seem to have had enough and made it clear they can bite. Even mules bite. Is the latest civil disobedience in Eswatini the beginning of the end of Africa’s wastefully flamboyant, prodigal absolute monarch? For sure, for the first in his 35-year rule, King Mswati III is extremely rattled; he has every good reason to be because he has quickly realized that his once obedient mules can indeed bite. Photo: https://howafrica.com/