Cardinal Burke, a Covid-19 vaccination critic, hospitalized and on a ventilator: “Pray for me.” 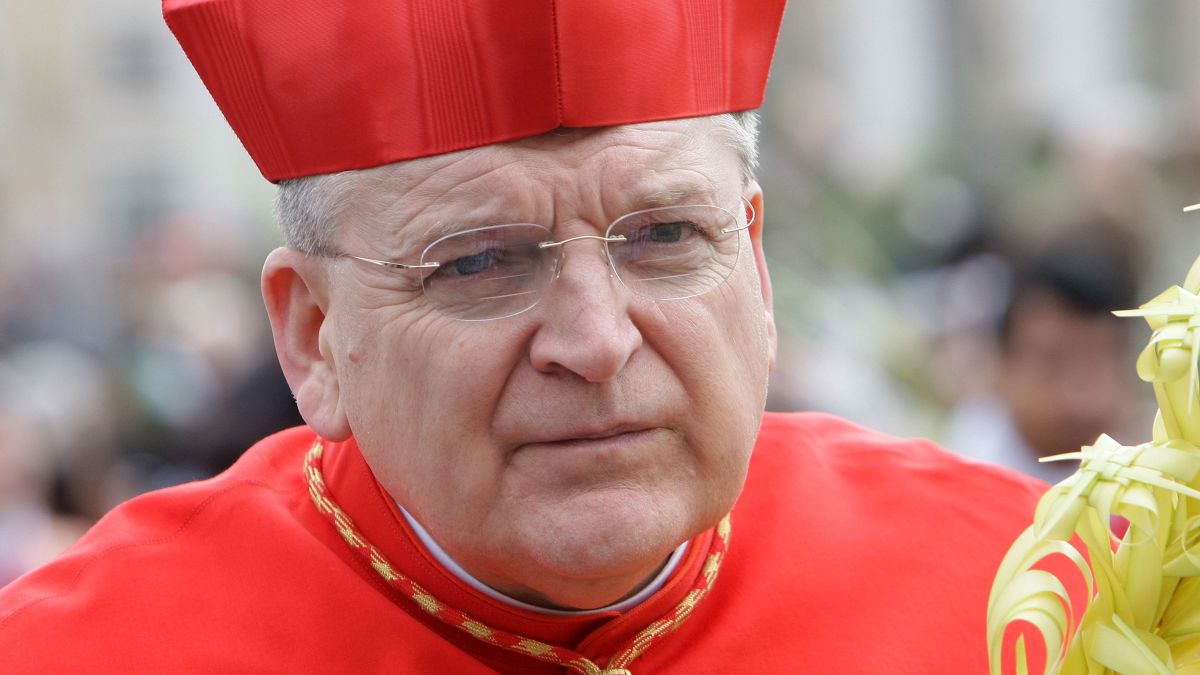 Cardinal Raymond Burke, an ardent Covid-19 vaccines sceptic and critic, who had repeatedly spread misleading information and conspiracy theories about the vaccines, is hospitalized with the coronavirus and fighting for his life on a ventilator. The 73-year old Raymond Burke, former archbishop of St. Louis, Missouri (USA), an outspoken conservative Roman Catholic Church Cardinal who has publicly clashed with the views of Pope Francis on several issues, including Covid-19, was admitted to the hospital on Saturday and asked his subjects to “Please pray for me”. “Please pray for me as I begin my recovery,” he said. “Let us trust in Divine Providence. God bless you.” His Twitter message read. Burke, who has criticized mandatory vaccinations and insisted that the government should not impose vaccines “in a totalitarian manner,” has often repeated misinformation and conspiracy theories about the vaccines and claimed that the virus had been used “by certain forces,” inimical to families and the freedom of states, to advance their evil agenda,” and control the vaccinated. He even went further to allege that a kind of microchip needs to be planted under every person’s skin to control them at any moment regarding their health and other matters; this act is not far from the possible object of control by the state, Cardinal Burke claimed. Last December, the Cardinal caused controversies when he called the coronavirus the “mysterious Wuhan virus,” the same derogatory term irresponsibly used by former President Donald Trump to refer to the Chinese city where the virus allegedly originated; the exact origins of the virus remain unknown. Cardinal Raymond Burke had insisted that the best instrument against “the evil of the coronavirus” is a relationship with Jesus. It remains unclear why the Covid-19 critic Cardinal decided to be admitted to the hospital for treatment against the same virus he claimed did not exist. Furthermore, the Cardinal’s request for recovery prayers might, in fact, sound ironic to some. However, one wonders if Cardinal Raymond Burke’s relationship with Jesus is not enough solution to his coronavirus infection.