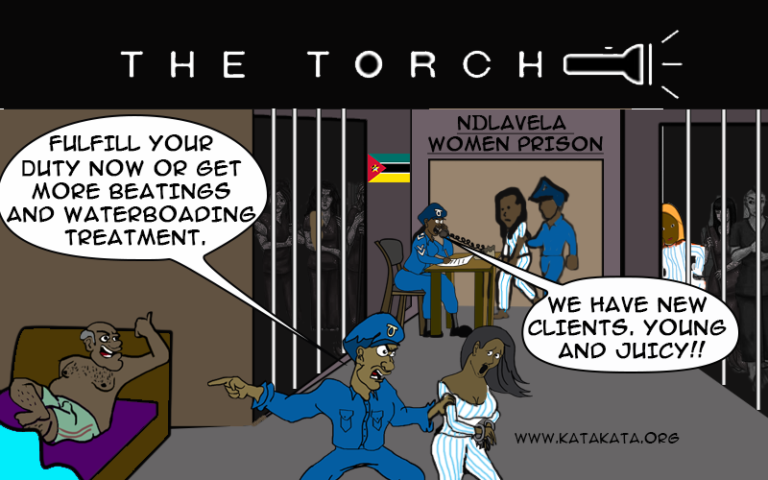 Call it a correctional centre or reformatory institute. You would think that the purpose of sending one to a penitentiary is to inculcate attitudinal and behavioural change aimed towards making them become a better person. But not always in Mozambique. Not necessarily so presently. Yes, a better person, ideally. Or something worse, perhaps, if you end up in a Mozambique prison. Recent horrifying reports from Mozambique reveal that staff at a women’s prison in the country have been forcing inmates into prostitution. According to Mozambique’s Anti-corruption organisation, the Centre for Public Integrity (CIP), prisoners from Ndlavela Women’s Penitentiary in Maputo have been forced into prostitution for years to satisfy wealthy clients. The prison officials coercive female inmates to work as prostitutes in nearby guest houses. Mozambique’s justice minister has promised to investigate reports. An investigative undercover journalist discovered the illicit and inhuman act when the journalist managed to speak to both current and former inmates of Ndlavela Women’s Penitentiary, who narrated their ordeal in the hands of the prison officials. Ndlavela Women’s Penitentiary had 125 inmates. The inmates said they were forced into unwanted sex several times a week with strangers and were beaten or rewarded with corporal punishment if they refused to comply. The penalty includes plunging people into cold or dirty water; one of the victims revealed that she ended up in the hospital after receiving a severe beating from prison officials for refusing to obey the officials’ demands. Others told the investigator they contemplated suicide because they preferred to die and end the miseries than continue to take such inhumane treatment. You would think this gender dehumanisation is a new phenonium, but it is hardly the case. On the contrary, according to the investigation coordinator, Borges Nhamirre, the inhuman treatment has been going on for at least ten years. And one would have expected the government to know about the atrocity. “It was like a formal business happening in jail, we do not understand how the board of the jail, the commanders could not notice that there is something very strange happening,” Borges Nhamirre lamented. As much as I do, you bet that some heartless officials are making millions from the incarceration and suffering of women prisoners. After all, this is Africa! Well, logically speaking, someone within the four walls of the prison must be benefiting financially from forced prostitution; otherwise, how else could the illegal business have been flourishing all the years? According to the report, corrections officers were allegedly earning handsomely from the sexual exploitation of the inmates. They even put adverts to announce the arrival of new inmates. What better way to run a lucrative venture than to advertise and market it for potential customers? “The payments go from $50 (£35) to $500 per woman, it depends on what they called the quality of the woman, much younger the more expensive it will be.” Apart from forcing the inmates into prostitution, the women also revealed that the corrections officers sexually assaulted them. This exploitative practise reveals the degree of gender inequality and the stereotypical perception of women as sex objects. The discovery at the Ndlavela Women’s Penitentiary has raised an eyebrow with the Centre for Public Integrity (CIP) and other rights organisations calling for an urgent investigation to apprehend and prosecute the culprits of the heinous crime. Let us hope the government of Mozambique will not sweep the result of the study under the carpet. The world is watching.