Bill and Melinda Gates divorce after 27 years of marriage 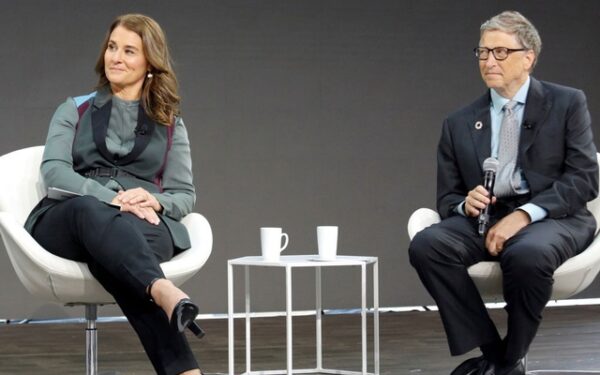 The Microsoft founder Bill Gates and his wife Melinda have divorced after 27 years of marriage. In a Twitter message, the couple announced they “no longer believe we can grow together as a couple.” “After a great deal of thought and a lot of work on our relationship, we have made the decision to end our marriage,” they added. The billionaire couple jointly runs the Bill & Melinda Gates Foundation, which has spent billions in philanthropy. How it all started During a business dinner in 1987 in New York, Bill Gates met Melinda – the same year she joined his Microsoft firm as a product manager. They started dating and discovered they have a deep love for each other. “We cared a lot for each other and there were only two possibilities: either, we were going to break up or we were going to get married,” Bill Gates revealed. They got married in 1994 on the Hawaiian island of Lanai; they have three children. For many years, 65-year old Bill Gates was the wealthiest person globally; with a net worth of $124bn (£89bn), he now occupies the fourth position. The Bill & Melinda Gates Foundation The couple established the Bill & Melinda Gates Foundation in 2000 in Seattle. As of 2019, the humanitarian organisation had net assets of more than $43bn. Between 1994 and 2018, Bill and 56-year old Melinda pumped a mouth-watering $36bn into the Foundation, making it one of the wealthiest privately-owned Foundations in the world. The couple has used their enormous wealth to tackle public health and social problems, education, climate change and eliminating infectious diseases, including encouraging vaccinations amongst children. The Gates Foundation has saved millions of lives worldwide and offered better opportunity and a bright future globally, especially in emerging countries. Together with his billionaire friend Warren Buffett, Bill Gates, who made his billions as a co-founder of Microsoft, the world’s biggest software company, has given away billions of his wealth to philanthropy. To fight the Covid-19 pandemic, Bill & Melinda Gates Foundation spent a whopping $1.75bn on vaccine initiatives and research. Today, the Bill & Melinda Gates Foundation is the world second-largest donor to the world health organisation (WHO) after the USA. What happens to the Bill & Melinda Gates Foundation? According to the statement from the couple, Bill and Melinda will continue to run the Foundation, despite their divorce. “We continue to share a belief in that mission and will continue our work together at the Foundation, but we no longer believe we can grow together as a couple in the next phase of our lives. Melinda Gates: gender empowerment In 2015, Melinda Gates founded Pivotal Ventures, which focuses on women and families. Through the organisation, she tries to empower women. Melinda Gates believes that women empowerment and gender equality are fundamental to social transformation and development. “The world is finally waking up to the fact that none of us can move forward when half of us are held back,” Melinda Gates said. “The data is clear: empowered women transform societies.” Bearing in mind that Jeff Bezos, Amazon boss, parted with $38.3 billion after his 25-year marriage to MacKenzie Bezos collapse, making her the 22nd wealthiest person on earth, according to the Bloomberg Billionaires Index, many wonder what Melinda Gates’ financial settlement will look like, following her divorce with Bill. Let us wait and see whether Bill and Melinda divorce will empower more women and transform societies. Photo: Reuters